The biggest technology companies are built on straightforward needs.

People want to stay in touch with friends and family – hello, Facebook.

Travellers want a more authentic experience, and to save money, by staying in small-scale, local accommodations - hello, Airbnb.

Music lovers want a way to get access to their favourite artists, new releases, recommendations and their own curated collection – hello, Spotify.

And now, for writers who want to edit their manuscripts, easily and objectively, to sharpen their writing - hello, Fictionary.

Fictionary was the brainchild of Kristina Stanley, a bestselling author who found a lack of tools available for writers to guide their manuscripts meaningfully.

Using lessons from her own work, she developed a rubric of sorts that could help writers dispassionately analyze overall structure as well as minute, but crucial, details that contribute to a manuscript’s clarity, cohesion and movement.

To steer fiction writers away from post-its and index cards, she envisioned a way to channel this into a platform where one upload could reveal inconsistencies in plot, problems with pacing, confusing characterization and more.

For this, she and her co-founders turned to RealDecoy.

When Fictionary joined forces with RealDecoy, it was still just an idea.

“All we had done was design work on paper,” explains Michael Conn, one of the co-founders of Fictionary and a RealDecoy employee.

The company’s three founders had formidable experience in the field and a business strategy, but needed the technical know-how to build and continuously refine their platform. They wanted something that was attractive, comprehensive and easy to use. And they needed someone to help them launch it.

Our team familiarized themselves with Fictionary’s core values – the 35 elements that make a story work – and built the platform around that.

“[RealDecoy] evaluated and showed us the technology, they created the technical architecture,” explained Conn.

The design work was done hand-in-hand with the Fictionary team, with both sides collaborating to inform the final product.

“We had an idea, they’d put their input onto it, and we’d settle on design,” said Conn, “They did UX reviews and UX work for us.”

“At the beginning of a product, it’s hard to visualize and know what’s going to work. It was very helpful to have [RealDecoy member] Ryan Lincoln just have a different set of eyes on it, from a user experience point of view.”

The project ran as a typical agile project, with continuous deployment to ensure that the product grew and adapted, and both Fictionary and RealDecoy were working in a dynamic environment.

Additionally, our team didn’t limit themselves to carrying out instructions; rather, they took an active role in guiding the technical process and preventing undue expenditures or wasted resources.

After a soft launch in the summer of 2017, Fictionary’s official launch was at the start of 2018. Conn reported that the team was excited about the success of the platform, with user numbers doubling month by month, and a growing list of paid subscribers.

Even after launch, RealDecoy remains a part of Fictionary’s extended family, with an ongoing managed services agreement.

Conn emphasizes that is wasn’t only the company’s output, but the collaborative nature of working together, and RealDecoy’s genuine investment in the success of the project that made their partnership so successful. 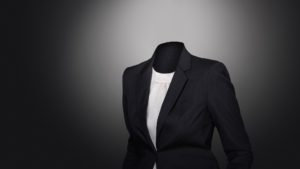 “Know Your Type” Application is a Powerful Personality Mapping System Based on the Ancient Enneagram. 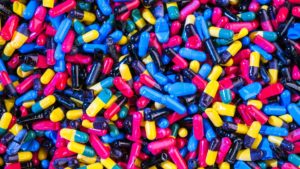 RealDecoy’s client received a (literal) standing ovation at a presentation of our dynamic data visualization tool. How we bring simplicity to even the most complex databases, and collaboration to each partnership. 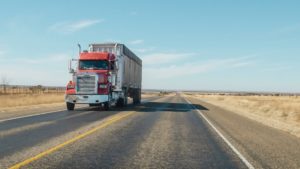